Veteran Indian Test cricketer Cheteshwar Pujara celebrated his 35th birthday on Wednesday, January 25, 2023. Born on January 25, 1988, Pujara grew up playing cricket as a child and is now counted among the best Test cricketers to ever represent India on the world stage . On the occasion of his birthday, former Indian skipper Virat Kohli, alongside other big names from Indian cricket put out wishes for the left-handed batter.

Virat took to his official Instagram handle on Wednesday and posted a picture with Pujara on his stories with a birthday wish. “Happy Birthday Puji, have a good one,” Kohli said. At the same time, former India cricketer Yuvraj Singh also posted an Instagram story, which read, “A champ who teaches the art of patience to the opposition each time he steps on to the park! Happy Birthday”. 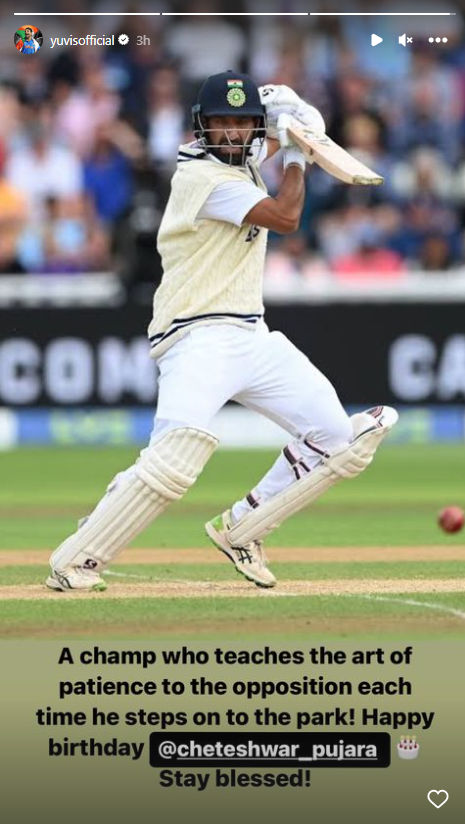 Gujarat Titans also put out a tweet, which read, “A true Titan of Gujarat with 7014 runs in 98 tests. #HappyBirthday Puji bhai, and thank you for making test cricket so good to watch”.

A true Titan of Gujarat with 7️⃣0️⃣1️⃣4️⃣ runs in 9️⃣8️⃣ tests 🙌😍#Happy Birthday Puji bhai 🥳, and thank you for making test cricket so good to watch 💙#CheteshwarPujara pic.twitter.com/kIvvlvODNS