A holiday park boss has been dubbed a ‘modern day Basil Fawlty’ after ranting about caravans being sublet to ‘riff raff’ guests who he accused of having ‘never seen a bath’.

General manager of Sunnyvale Caravan Park, Aaron Scantlebury, launched into a diatribe about caravans being sublet to guests who he liked to ‘Addams families’.

He is now facing a backlash after the outburst about some visitors to the luxury caravan park in Kinmel Bay, North Wales.

Mr Scantlebury, 56, attracted criticism after posting what he claimed were ‘tongue in cheek’ comments on a private page for the park’s caravan owners.

General manager of Sunnyvale Caravan Park, Aaron Scantlebury, launched into a diatribe about caravans being sublet to guests who he liked to ‘Addams families’ 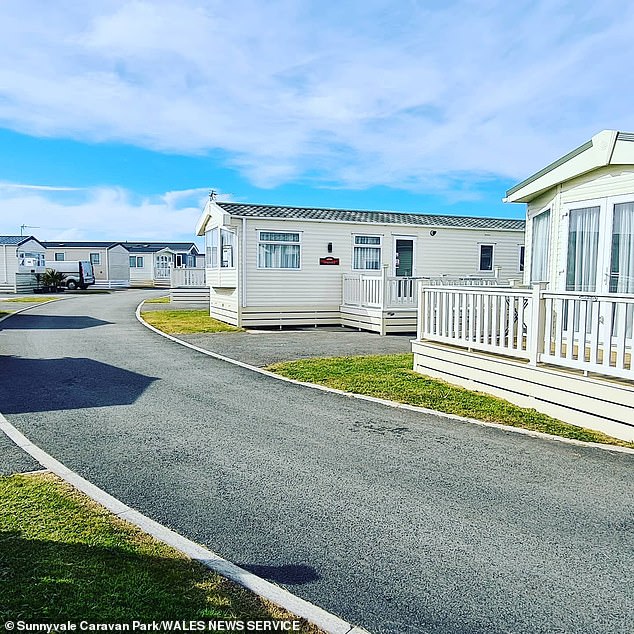 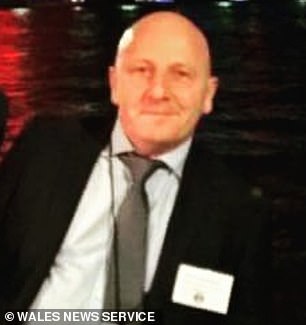 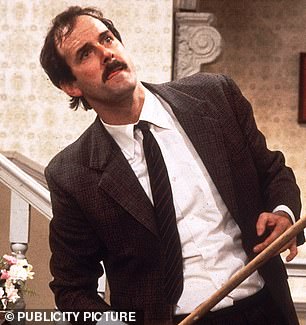 It said: ‘We are seeing increasing numbers of sublet guests who have never seen hills, beaches, a job, or a bath for that matter, in some time.

‘The last time they graced our shores was probably their last holiday when staying in one of the parks in Towyn or similar.

‘You will have no doubt seen them on the way to the market or Tir Prince pushing their buggies with a 2-stone child of 10 sat in it, being pushed by nana in her paper-thin leggings with at least three of the 10 children walking in the road while the adults are busy concentrating on not spilling a drop of Fosters from the can in hand.

‘They usually speak in (un)intelligible tongues and very loudly, making sure their parenting skills can be heard, with comments like, “shut up Chantelle or you won’t get an effing ice cream”.’

He also said that the caravans were being sub-let to ‘Addams families’ who leave a trail of ‘minor anti-social behaviour.’ 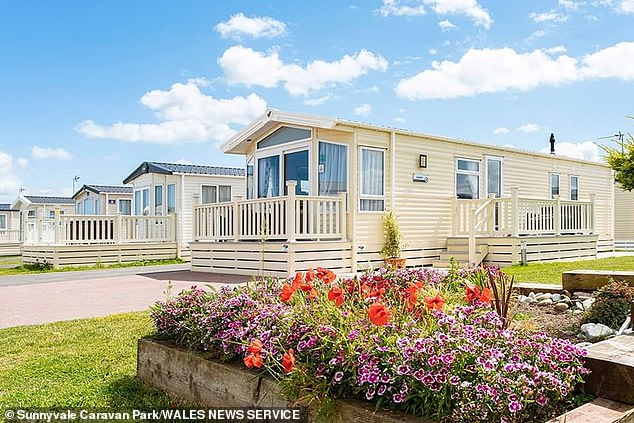 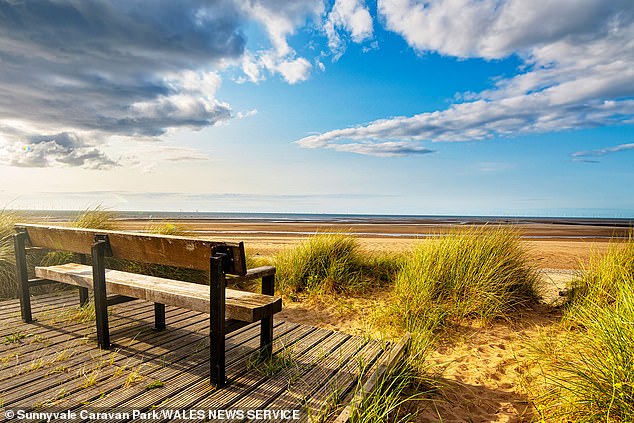 The seaside caravan park at Kinmel Bay, North Wales, has been owned by the same family for more than 50 years He wrote: ‘I would like to think my exposure to them is limited to the booking-in process where we spend an hour of our lives wasted on answering questions like, “where’s the arcades”, “can I use my bus pass here, what time’s the kids club on”, “when’s Tir Prince open” etc.

‘Alas not, as you can almost guarantee the rare times I, or anyone else on the team, is required to knock on a caravan and warn said guests about the noise they are making, or asking their friends who have turned up without booking, leave.

‘Reporting to the police a domestic dispute etc almost always can be predicted before I get the call from another caravan owner or security.

‘In almost every case, the ‘Adams family’ (sic) turns up, it is for the most part the same sub-letters renting out to the same types of people. Sunnyvale is neither Towyn or Benidorm.’

Receiving backlash for his comments, they were branded ‘condescending’, ‘absolutely disgusting’ and ‘extremely unprofessional’ by other users. 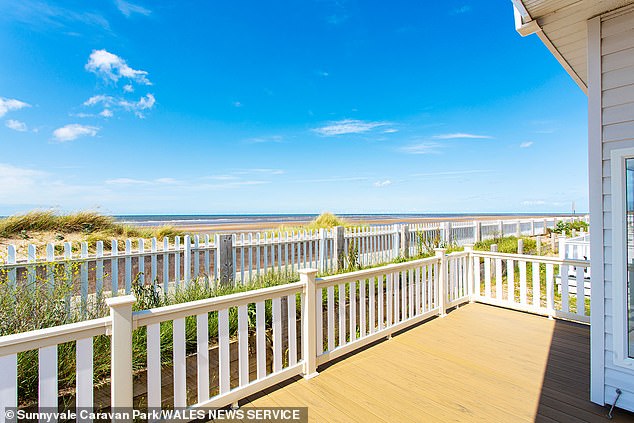 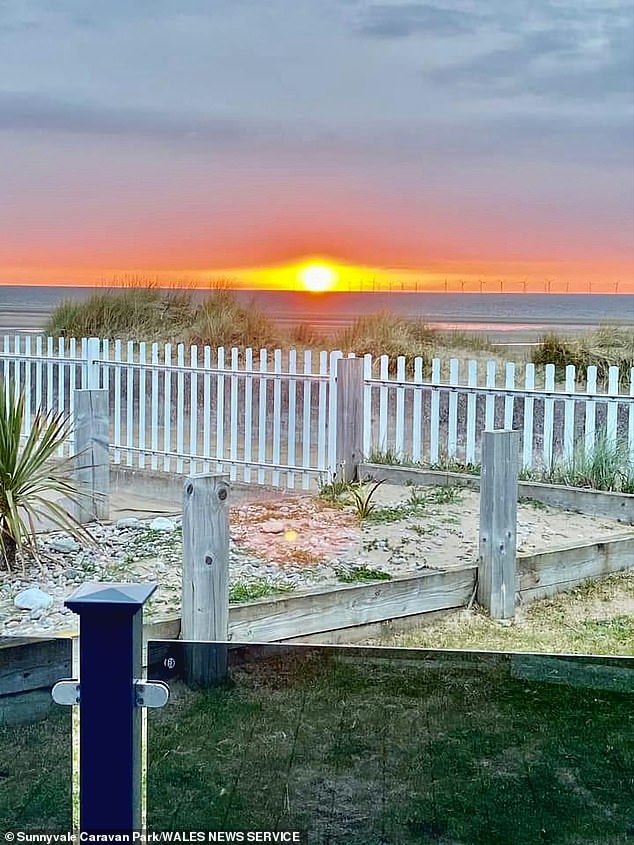 One person said: ‘Not everyone has the same advantages in their lives it doesn’t make them any less deserving of respect.’

Another said: ‘I am a nanna and wear leggings. How dare he.’

A third holidaymaker quipped: ‘He is a modern day Basil Fawlty.’

Meanwhile, others defended Mr Scantlebury’s ‘brilliant’ descriptions while others suggested they might be ‘a bit true’.

One person said: ‘Sadly, although very rude, prejudiced and non-pc, there might be an element of truth (in them)?’

Another agreed: ‘Let’s be honest, we’ve all met that type of family, not just on holiday camps either.’

A third added: ‘Imagine if you booked a well-earned break at this park, and the type of people he is describing, if they do indeed exist, set up camp in the next van? Not sure your description on Tripadvisor would be so different.’

Mr Scantlebury said only around 23 owners on the park sublet their caravans and the ‘vast majority’ do so professionally.

Electronic gates have been installed at the park to stop non-booked visitors joining subletting guests.

Mr Scantlebury said: ‘We are a quiet park with no nightclubs or arcades and residents want to keep it that way.

‘It’s very rare that we get that type of visitor here. When they do come, they cause minor anti-social behavior and require intervention by our on-site security.

‘We have a great community here, one that’s socially aware too, as residents often join Keep Wales Tidy litter picks.

‘They spend a lot of money locally, in pubs, restaurants and theatres, and contribute enormously to the local economy.’

Caravan owners were warned subletting licenses would be withdrawn in 2023 ‘unless sublet rules are followed to the letter’.

Mr Scantlebury added: ‘It just was a reminder that we need to maintain standards at the park so that all our wonderful families can continue enjoying their time here.’

The seaside caravan park has been owned by the same family for more than 50 years and sits next to the River Clwyd in the popular holiday destination of North Wales.

Sunnyvale Caravan Park has been contacted for further comment.