The show has sparked controversy and filled theaters since it was written by Sir Andrew Lloyd Webber and Sir Tim Rice more than half a century ago.

Now a new musical version of Jesus Christ Superstar is starring a non-binary actor as Jesus – while Judas Iscariot is played by a woman.

Students from the Edinburgh University Savoy Opera Group last night launched what is believed to be the world’s first gender-neutral production of the rock opera.

In the adaptation, Roza Stevenson plays Jesus, while the 12 apostles are portrayed by either female or non-binary performers – meaning they do not identify exclusively as male or female. 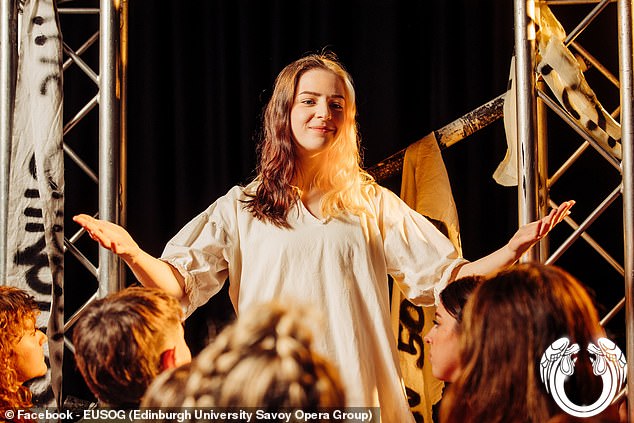 Roza Stevenson, who plays a non-binary Jesus Christ, said: ‘The group has taken a well-known story and made it something new and special’ 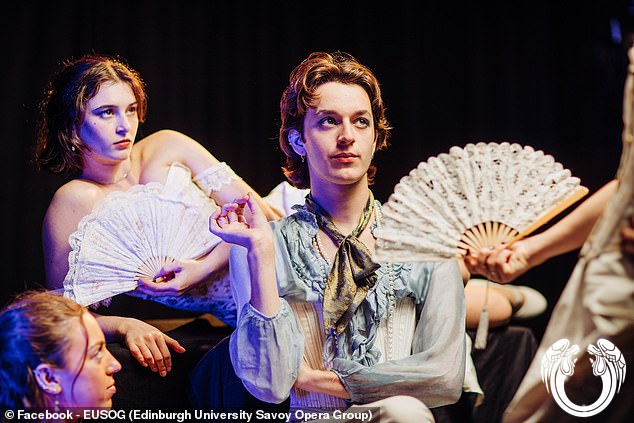 Joey Lawson plays King Herod in the show, which runs at the Church Hill Theater in Edinburgh

Creative director Lew Forman said the production had adopted ‘gender-blind casting’ to reinvent the story of Jesus’s final days for a modern audience.

He said: ‘Jesus is remembered as being a man, but who are we to decide?

‘It’s the same story and songs but the audience will view it from a different perspective.’

Lloyd Webber Licensing granted permission for the production but insisted the lyrics and pronouns must not be changed.

Mr Forman said the ‘equal opportunity’ production had ‘definitely been a bit controversial’, with several posters vandalised, but he was unaware of any objections raised by religious organisations. 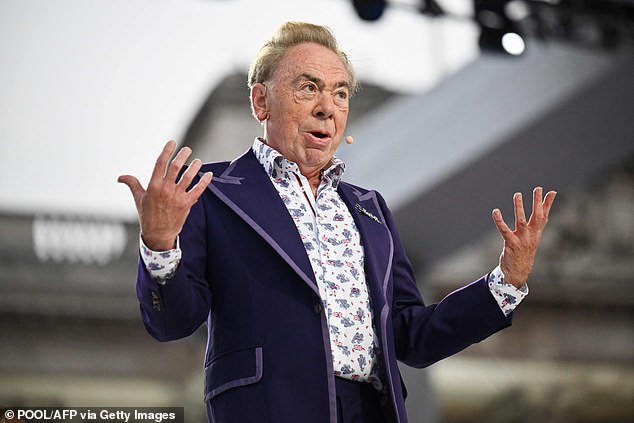 Lloyd Webber Licensing granted permission for the production but insisted the lyrics and pronouns must not be changed. Pictured: The show’s creator, Andrew Lloyd Webber 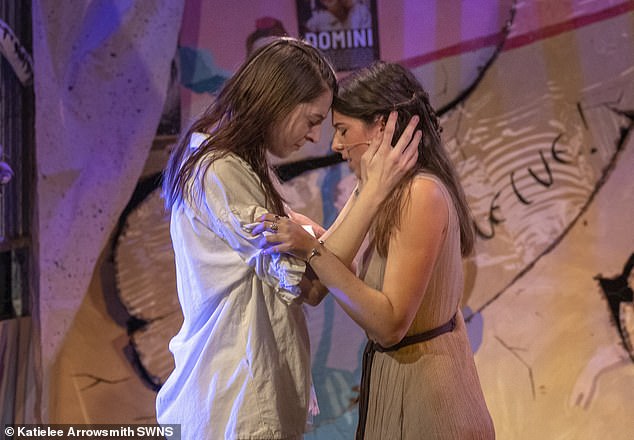 The production’s producer said it had ‘definitely been a bit controversial’, with several posters vandalized

He said: ‘Jesus Christ Superstar was never particularly beloved by the Christian community. It doesn’t end with the resurrection. It ends with Jesus on the cross.’

Stevenson said: ‘The group has taken a well-known story and made it something new and special. Being a non-binary actor is a strange line to walk. Being able to audition for a show where my gender presentation didn’t make a difference broke down barriers.’

She told the Tab: ‘By casting the whole show gender blind, it really helps us focus on the core aspects of the characters and with the help of the fabulous production team, bring them to life.

Izzy Ponsford, the director, said: ‘The aim was to fulfill the spectacle demanded by this epic show while retaining the delicate emotional core of the show and making the production feel as relevant to our audience as it did to audiences 50 years ago.

‘Through precise use of set, costume, and lighting, I believe we have achieved a careful modernization of this piece, fore-fronting the emotions of the story while still enjoying the show to its absolute fullest.’

The production will run at the Church Hill Theater in Edinburgh until Saturday.