When it comes to travel, jet-setting – or make that ‘set-jetting’ – has become serious business. People are being influenced by what they see on screen. Think The Beach (Thailand), Lord of the Rings (New Zealand) and more recently, The White Lotus (Hawaii and Sicily).

Set jetting has grown in popularity over recent years but looks set to soar this year alongside our viewing habits, thanks to the popularity of streaming shows on platforms like Netflix and Amazon.

While set jetting is not a new phenomenon, Expedia research shows that streamed movies and TV programs are now the top sources of travel inspiration (40%), overtaking the influence of social media (31%). And the small screen is now considered on par with recommendations from friends and family when it comes to travel inspiration.

Masri is the founder of Little Emperors, a private members’ hotel club, which counts the Four Seasons, The Ritz-Carlton and Shangri-La among its portfolio. Donna Bengio joined the Products team in 2020. Founded in 2009, the company had a record year for bookings last year and Masri expects this to increase in 2023.

Masri and Bengio say travel is now exceeding pre-pandemic levels, with millennials replacing baby boomers as their primary clientele – 93% of members are under 50. “By 2030 Gen Z will be the largest customer group for luxury brands,” says Bengio. “It’s not only the way we communicate and share that has changed but values ​​and work ethics have shifted too. The generation raised on individualism, independence and Instagram seeks authenticity and shareability above all. Unlike their predecessors, millennials are less tied to the benchmarks of work and family. With remote offices on the rise, family duties arriving later in life, and the nomadic lifestyle paving the way, wealthy millennials seem keen to tap into that sense of freedom.”

Little Emperors offers its 30,000-plus members access to preferential rates and guaranteed leisure and corporate benefits at 4,000 exclusive luxury hotels around the globe. Masri says luxury travel has taken a different turn. “Millennials want to be pioneers. About half of affluent millennial travelers believe that luxury is about discovery and adventure (experiential travel), and 70 per cent want to learn from the cultures they visit. Six Senses and its growing portfolio has seen an increase of over 40 per cent in bookings from our clients based on its unique programs and ability to embrace local cultures. I was recently in Six Senses in Shaharut in the middle of the desert in Israel, surrounded by kibbutz, with a strong sense of place. With so many new openings – in valleys, mountains, deserts and bays as well as cities, the philosophy of disconnecting to reconnect and the focus on sustainability and wellness resonate well with our members.”

But luxury comes at a cost and hotel prices are at record highs, with leisure destinations seeing the biggest increases. Little Emperors has seen the average daily room rate increase by 29 per cent since last year, and 14 per cent since pre-pandemic levels. 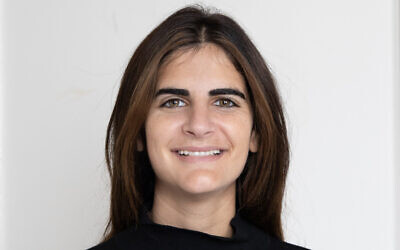 Bengio explains: “This is partially owing to huge pent-up demand – people are desperate to travel after being restricted for so long, as well as a surge in delayed trips and group bookings (weddings, team bonding) – demand is through the roof .” Plus exchange rates, labor shortages, knock-on inflation costs and increased gas prices are all having an impact.

In order to make travel more affordable and accessible, Littler Emperors advise booking in advance. “We are seeing bookings well into 2023,” says Masri.
“The pandemic led to the shortest lead-times we have ever seen – a logistical challenge for us. Nowadays – people are fearful of the rising prices, as well as actually getting rooms. We have seen a 20 per cent increase in bookings for next year already. People are also booking shorter stays – prices are so high people want to stay in the same hotels, but may only budget for shorter stays. And, much to our delight, using a travel agent is another cost-saving tip. Traditionally, many people associate travel agents with being more expensive. We see ourselves as a new breed (we like to be called advisors, or in our case disruptors), who no longer charge hourly rates for advice, but instead a small annual fee – easy to recuperate in just a one-night booking – and get you free things. One of our most important perks is our upgrades, often guaranteed at time of booking, which we take very seriously and measure, ranking each hotel by likelihood of upgrade.”

As for other trends, Masri and Bengio cite the evolution of sustainable travel, with 70 per cent of members considering ethics and sustainability to be important factors when staying at a hotel, alongside wellbeing. “Wellbeing is at the forefront when defining luxury, with hotels investing more in their spa and offerings.”

A former Goldman Sachs banker, Masri was awarded an MBE for her services to charity in 2015. Aged 15, she and a friend organized a play to raise funds for a bed for the Pediatric Intensive Care Unit at St Mary’s Hospital. She has since taken on work for Israeli charity Afikim and the Tree of Life, a non-profit foundation she founded.

Bengio, who has an MBA from the Tel Aviv University, has experience working in a multi-family office and launching a second-hand e-commerce business. She has been involved in Jewish organizations since she was a teenager; she planned events for the Jewish community of Madrid, founded a Jewish organization for international students in Boston and now co-chairs Young BFAMI.