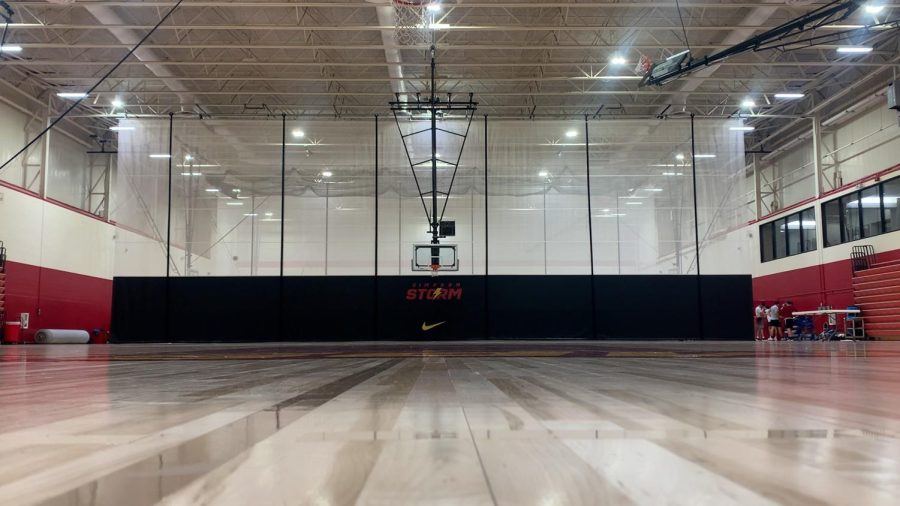 Simpson College is home to several sports teams with the recent additions of men’s and women’s gymnastics, girls wrestling, and men’s volleyball. With the new teams being added it has caused limited access to the athletic facilities available for teams.

Cowles has been expanded to provide enough space for all the teams and Hopper Gym has been remade into the new wrestling room, which has been taken away a gym for other teams to use.

The old wrestling facility is now used for batting cages for the softball and baseball teams.

Men’s baseball player Cody Grasmick expressed his thoughts on Cowles and how it has affected the baseball team.

“We have to do different practices because we have to use softer balls because of the new floor,” Grasmick said.

The new floor has made scheduling conflicts for teams as they must work around many schedules.

Men’s tennis player Chase Henry gave his thoughts on what the new renovations are doing to Simpson sports teams.

“Causing a lot of challenges for the teams that are already here, Simpson’s kind of falling behind in ways of indoor facilities compared to other conference schools and other schools in the area,” said Henry.

Henry expressed how he felt the renovations were affecting the tennis team as they are one of the smaller teams on campus.

“There’s usually only two to three lines on the courts. And with the addition of gymnastics, we’re down to one court now,” said Henry.

These changes are not only affecting the athletic teams on campus as intramurals are faced with similar challenges.

Assistant Director of Student Activities/Intramurals, Nicole Darling, who has been working at Simpson for 11 years expressed her thoughts on the renovations to the athletic facilities.

“We have had to adjust for space for some of our events. Hopper was an ideal space for a lot of our events such as dodgeball and soccer as we could keep it in a small gym,” she said.

Darling expressed how she felt about the new sports being added and what she wants to see going forward.

“Ideally we need a separate rec facility that way we would be able to have our athletic teams be in their space and recreational activities could have their own space,” said Darling.

Athletic Director Marty Bell came in and added new things to the athletic department which resulted in teams having to adjust.

Darling gave her thoughts on Marty Bell and the change that he has brought to Simpson.

“I think he is a mover and a shaker. He’s always been willing to work with the recreation side. I think he is doing good things and is trying to make it all work,” said Darling.

Teams and intramurals will continue to adjust to the new facilities and sports at Simpson.