A Preston couple have donated £4,000 to Rosemere Cancer Foundation after turning their ruby ​​wedding anniversary party into a fundraiser for the charity. 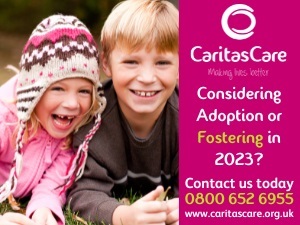 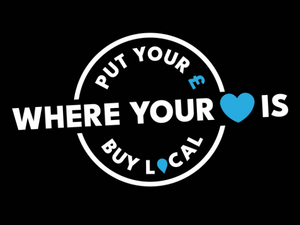 Phil and Elaine Etienne held their celebration at BAE Systems’ Canberra Club in Samlesbury for 140 guests, among them their grown-up daughters Natasha and Zoe.

Both Phil and Elaine were BAE employees until their recent retirements. They worked on the same manufacturing shift together in the same room at the Samlesbury plant for 20 years – although Elaine had been employed there for 13 years prior while Phil was based at the company’s now closed Strand Road site in Ashton-on-Ribble.

But home and work aren’t the only things the couple have had in common since marrying at St Teresa’s RC Church in Penwortham in 1982, just a year after they first met through mutual friends.

Back then – when Phil was 20 and Elaine 19 – it was a shared love of music and dancing at the likes of Standish’s, Cassinelli’s and the city’s Snooty’s and Squires that helped grow their relationship. More recently, it has been helping one another through cancer and its treatment.

Phil became unwell in October 2015 and a few weeks later on New Year’s Eve was diagnosed with Non-Hodgkin lymphoma, a cancer of the lymphatic system. A month earlier in the November, Elaine’s routine mammogram had detected breast cancer. It meant that both found themselves undergoing treatment at the same time – Elaine a lumpectomy followed by radiotherapy at Rosemere Cancer Center and Phil, chemotherapy.

Elaine said: “Our daughters really stepped up to help us. They were fantastic taking us to appointments and doing a lot of running around for us.

“We vowed then if we made it to our ruby ​​wedding anniversary, we’d have a big party for family and friends with music from the 80s that would also raise funds for Rosemere Cancer Foundation.”

The couple, who share hobbies of walking, gardening and travelling, asked their guests not to give them gifts but rather to buy a ticket priced at £5 for their do, which they put to their total donation.

It was boosted by takings on the night from raffles, an auction, games, cake sale and tombola for which guests also had gifted prizes plus, a £150 donation from Chorley’s Handleys Bakery, a business which belongs to daughter Natasha’s partner Mike’s family.

Elaine added: “It was a great night compered by Zoe’s friend Adam Bully. We had supper, DJ Des Grant played great music and we also had singer Charlotte Day perform.

“Thank you to everyone who made it so special for us and extra thanks to Pam Wilson, a lifelong friend, who helped us with the party’s organisation.”