Stilts walking, or Cai Gao Qiao in Chinese, is a popular traditional folk performance often seen during the Spring Festival. It can be seen at circuses or parades across China, and has the auspicious meaning of having one step up in the new year, standing tall, and raising yourself to the top.

Stilt walking is an intangible cultural heritage item that has a long history in the country. It’s believed that the practice started with ancient Chinese people using stilts to harvest fruits on trees and fishing in ponds. The practical use of stilts was later developed into an art form with brightly-colored costumes, make-up, and even acrobatic moves.

As a popular folk art form, many of the stilt walkers are not professional dancers. Instead, stilt-walking is an inherited skill they learned as it was passed on from generation to generation. Part-time stilts performers practice intensively prior to the Spring Festival and perform during the festivities, while professional performers usually require a high degree of acrobatic skill that allows them to carry out stunts, cartwheels, and even dance moves on these high stilts. 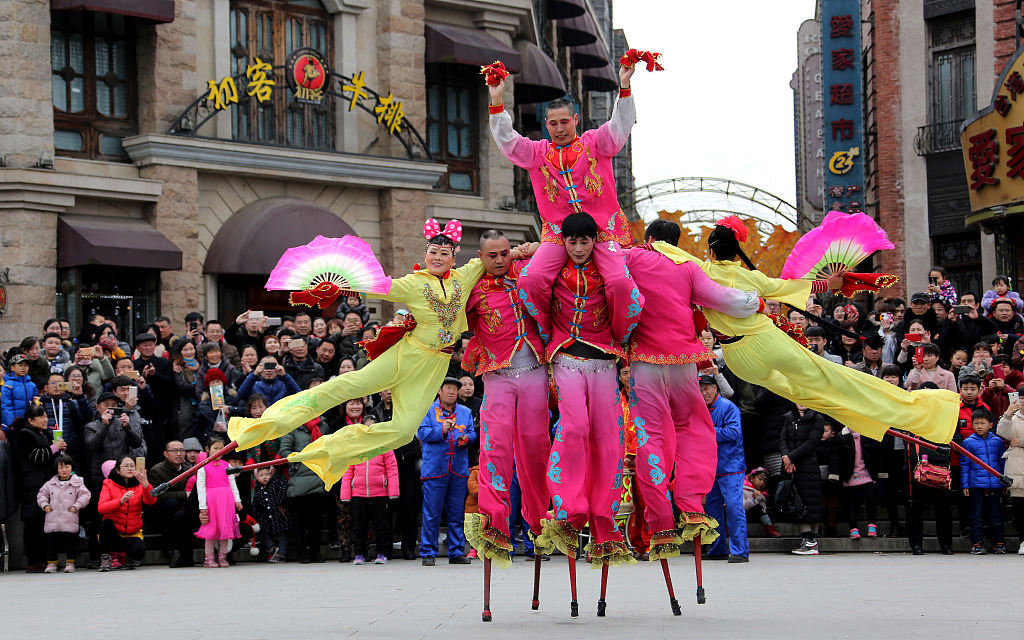 These stilts are usually made from wood and are tied tightly to the performers’ calves before they stand up. There are various heights to the stilts: the lowest being less than half a meter long, and the highest can reach up to 2.5 meters long. Performers can be seen constantly waving their arms or waving fans to keep balance. 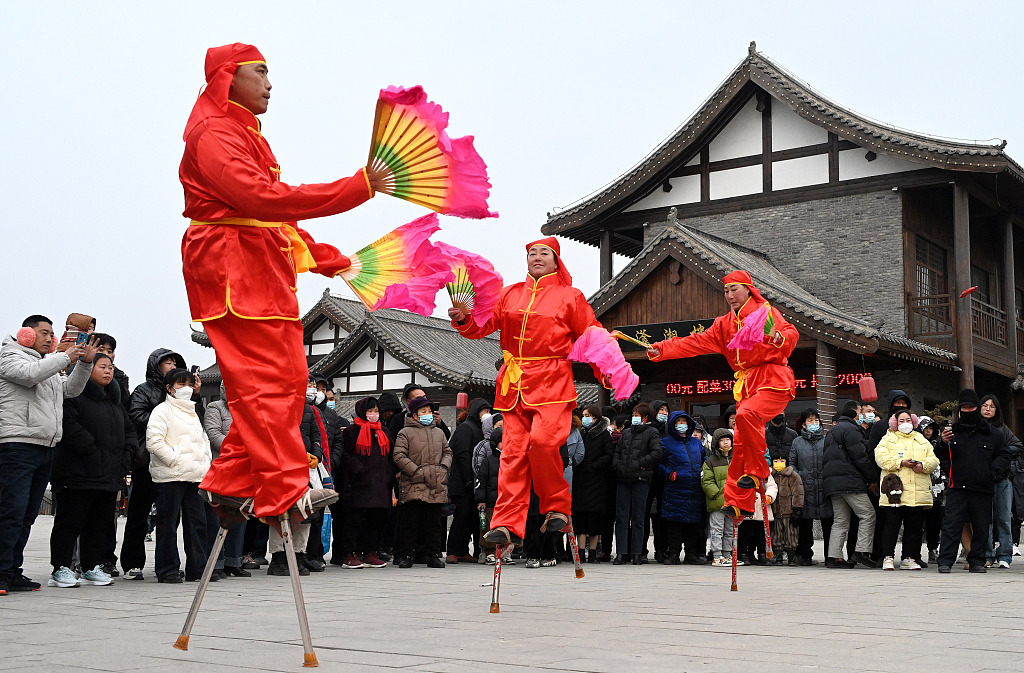 During the 2023 Spring Festival Gala presented by China Media Group, an acrobatic show titled “Me and Grandpa Walking on Stilts” impressed global audiences with children showing off their stilt-walking skills, bringing the joyful atmosphere of the Spring Festival to the world.