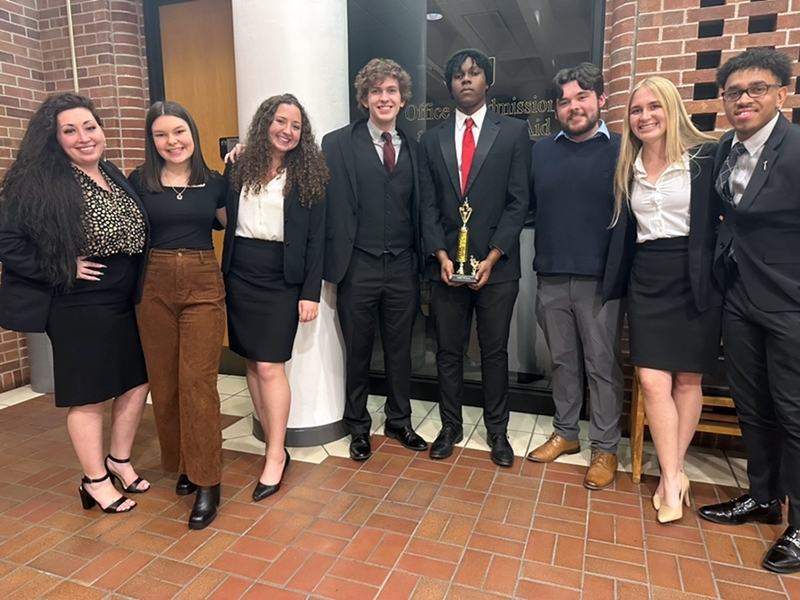 The U of A’s mock trial teams had a phenomenal showing this past weekend. The U of A had two teams compete in the Mid-Missouri Invitational in Columbia, Missouri. The tournament was hosted by Columbia College and the University of Missouri Law School.

There were 25 teams competing in the tournament from across the country. The U of A brought Team T-Rex and Team Triceratops to compete. Team T-Rex is led by co-captains Julianna Kanter and Bryton Miller, coached by Jose Ruiz, and Harrison Merrick, Trinity Tipton, Jared Presley, Madalyn Acton, Matthew Pollard and Vasoula Drosopoulos also make up the team. Members Abby Walton and Cameron Willis captain Team Triceratops, who is coached by Adam Rose. The other competitors for Team Triceratops are Luke Hubbard, Jacinda Montgomery, Dylan Reynolds, Josh Marvine, Homero Ruiz and Noah Maher.

Team T-Rex brought their A-game, going undefeated with an 8-0 record, and Team Triceratops went even with a 4-4 performance. Team T-Rex’s showing won them first place, beating out the other 24 teams competing.

Several individuals received awards during the tournament as well. The competitors receive ranks, which compare them to other contestants in rounds, with a maximum of 20 ranks. The U of A contestants received the following awards:

The U of A Mock Trial team is a trial simulation-based RSO that competes in tournaments across the nation. Tryouts are held at the beginning of the fall semester.