PAINTERS from across the UK have left eye-catching murals all over the city with some hidden away in unexpected places.

The Worcester Paint Festival brings artists from across the UK and city-based creatives together to celebrate their artwork.

A reporter from Worcester News visited the city to capture some of the murals.

Crowngate Shopping Centre, Friar Street, Chestnut Street, Moor Street and Sansome Street are just some of the areas where you can find the artwork.

Katie Scott has used a vibrant mix of oranges and greens to make a portrait that depicts a young woman.

Sansome Street, near Foregate Street Railway Station, is now adorned with two yellow characters, one is sleeping and another has its eyes wide open.

This mural is at the back of the popular gourmet burger and cocktail bar, Hanbao in the city center.

On Friar Street, an artist called Juan2 impressed onlookers with their creative and eye-catching design.

Over on Chestnut Street, the area was adorned with two new paint fest murals and an image of Ginny Lemon that was painted during last year’s festival.

Rossalyn Peace, who lives in the area, said: “There’s quite a few on this street, I love it, it’s a bit of colour.”

Rossalyn Peace, who lives in the area, said she loves the color the paintings bring to the street

A residential building next to the car park on Chestnut Walk has several flowers painted on it that follows a blue color theme.

On Moor Street there are two different murals, the first one depicting a badger and the other is a portrait. 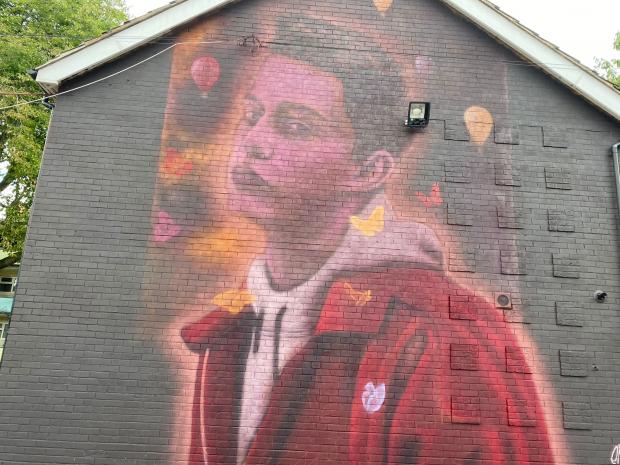 The badger was created by the artist Takerone and the portrait was painted by Emic. 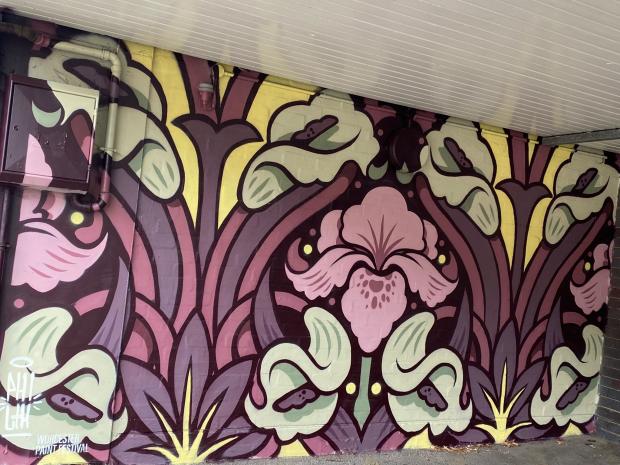 Angus created a Mario-themed mural at the entrance to Cathedral Square car park.

By the river in Diglis Dock Road, dogwalkers and onlookers are being treated to a very colorful mural that has been created by Marko Antonio, Phe, Kask, Nuzoe & KFO crew guests.

The mural contains lots of subtle detail, including an unimpressed-looking frog.

A closer look at the mural in Diglis

Over at Cripplegate Park, there were lots of different artworks dotted around the playing area.

An artist called Mr Sce created a mural that depicted mushrooms and slugs.

Several other artists had also showcased their work including Deeds, Karc, Adeeelar, and John D’oh.